Where is Farming Headed? 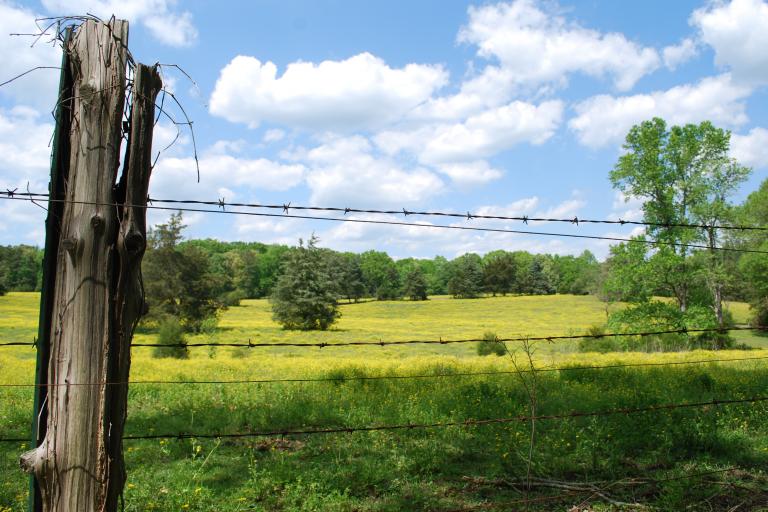 Over the next 20 years, the Food and Drug Administration, the Environmental Protection Agency and the Homeland Security Agency will have more impact on how we farm than will the USDA. Food safety, environmental concerns and the protection of genetic patents, along with their attendant legal liability, are going to drive companies into integrated systems with the capability to monitor and track the production, processing and distribution system from the initial inputs to the end user. While the speed of this transition has slowed recently, a major food safety event or act of bioterrorism could accelerate it almost overnight. You can add to these issues the economic pressures to reduce acquisition costs, improve scheduling and asset utilization, provide greater quality assurance and reduce response time to changes in consumer demand. The result will be increased by vertical coordination of the supply chain through outright ownership, tight structured alliances and/or contractual arrangements.

But we already know all of that, the question is what will it mean for producers? Less independence for one thing. It will also mean increased documentation of nearly every step in the production process, which will be facilitated by new developments in monitoring, measurement, information and intervention technology. It will also produce a greater economic payoff to precision farming and remote sensing of technology. Flexibility and the ability to learn and adjust will be at a premium. In fact, one of the greatest potential sources of competitive advantage will be whether management can learn and adapt faster than its competition. As in virtually all segments of industry, the rate of change is becoming exponential rather than linear. Another critical factor in a business’s long term success will be the ability to develop business enterprise entry and exit strategies which focus on getting in before the takeoff point and out before the value decay function heads south.

Other than for the true niche market entrepreneur, the future for many commercial farmers may lie in becoming a qualified supplier in one of the evolving value chains. While many will resist entering into these relationships because of the loss of freedom or because they believe the premiums offered are inadequate to offset the additional requirements, they may do so at their own peril. Over time, many of these qualified supplier relationships will evolve into exclusive rights of access to input and output markets, new technology, superior information and lower costs for related inputs and services. Like a marriage, the biggest risk for producers will be finding a partner they can work with and who will be around for the long haul. Exclusive franchise, dealership 75 and distributorship relationships in other industries already possess these characteristics and there are a number of similar relationships that already exist in production agriculture.

For example, fifteen years ago, one of the best known firms in the food industry was contracting with 800 growers. Since then the number had dropped to 60 growers producing on slightly more acres than the original 800. The remaining 60 are those who were willing and able to expand, who produced the best and most consistent quality in a timely manner, who were willing to adjust to make the relationship work and who could do all this while continuing to become more cost efficient. They are also producers who were willing and able to expand into new geographic areas, because most are now multi-state growers.

But there is obviously a limit to how few producers a company can and will want to work with, unless it wants to move into direct ownership. Although some farmers and farm organizations are certain that is where things are heading, for many companies it won’t be, at least not within the foreseeable future. For one thing, many companies do not believe they can do as good a job as their best growers. They also do not see production agriculture as the highest and best use of their capital. McDonalds, Anheuser Busch, and Ford have not found it to be in their best interest to own their own retail outlets. Yet, their franchises, distributorship, and dealerships have been widely coveted and very rewarding for many of their owners.

Once these value chain companies consolidate their supplier base to some critical mass, they will offer additional services both as a means of reducing their own costs by lowering their growers’ costs and as a way to tie their growers closer to them. Self insurance pools and lower cost group insurance programs are one example. Another will be financing. This is one area where these companies would have a tremendous advantage over traditional lenders. They would have no marketing costs, they would not need additional physical facilities or personnel, they will have more information and better performance monitoring capabilities, their average loan size would be significantly larger, their borrower pool would be a select group of top managers and last but not least, they would control the source of repayment. In addition, many of these firms already have direct access to the nation’s money markets.

It’s not that our current open market system doesn’t work. It’s just that in many cases it works too slowly and too sporadically; plus, managing the liability issues in our litigious and media driven society is starting to 76 overwhelm many other economic considerations. Consumers are also becoming more demanding in terms of both product and consistency and specific attributes tailored to their individual needs.

Two additional forces could also make it less advantageous to be a traditional commodity producer growing for the open market. The first is that in order to assure adequate supplies, the coordinated systems will plan to produce more than their anticipated needs. During periods of above normal production or below anticipated demand, the excess supplies will be even larger. If this surplus is dumped on the open market it will serve to destabilize the market and increase price volatility. While I am hopeful it will not happen, a backlash against GMO’s in the U.S. similar to what has occurred in Europe would push the focus of new product development and production offshore into Asia, Africa and South America where population growth and the demand for food will be open to the adoption of new technology. U.S. producers who oppose GMO’s primarily for the purpose of preserving their current way of life are likely unwittingly simply accelerating the speed of their own demise.

This article is not intended to suggest that these changes are good or bad, or that there won’t still be a significant part of agriculture producing open market commodities; but, rather to reflect on some things that producers need to be thinking about as they develop their longer term business strategy.